Flu begins to wane after an early, brutal start - The Horn News 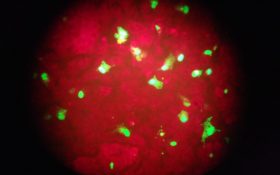 Flu is decreasing in many parts of the U.S. after an alarmingly early and strong start to the season.

The number of flu hospital admissions fell for the second week in a row, according to a national surveillance system run by the Centers for Disease Control and Prevention. And the percentage of doctor’s office visits due to fever and other flu-like symptoms has dropped for three weeks in a row.

“It looks like for this first wave of (flu) activity, maybe we’ve seen the worst of that,” said the CDC’s Lynnette Brammer, who leads the government agency’s tracking of flu in the United States.

But she added there is still a lot of flu spreading out there. CDC data indicates flu activity last week was high or very high in 45 states.

And the current decline doesn’t mean flu will recede for the rest of the winter — second surges are common, said Dr. William Schaffner, a Vanderbilt University infectious diseases expert.

“Viruses love to make you look foolish when you’re predicting what they’re going to do,” he said.

The annual winter flu season usually doesn’t get going until December or January, but this one took off in early November. It has been complicated by the simultaneous spread of other viruses, including COVID-19 and RSV.

The measure of traffic in doctor’s offices is based on reports of symptoms like fever, coughs and sore throats, not on lab-confirmed diagnoses, so it captures all respiratory illnesses together.

Whatever the current mix, the overall impact is waning. Health officials said Friday that 6.3% of outpatient medical visits last week were due to flu-like illnesses. It was as high as 7.5% but has been falling since the week of Thanksgiving.

Though flu activity remains high, officials said they’ve seen some decline in most parts of the country — including in the Southeast, where flu hit early and hard.

The CDC estimates there have been at least 190,000 hospitalizations and 12,000 deaths from flu so far this season. The deaths include at least 17 children.

Flu shots are recommended for nearly all Americans who are at least 6 months old or older. Health officials say it’s not too late to get vaccinated.

“It’s not over,” Brammer said.