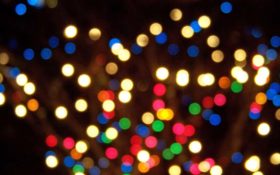 A Florida family is in trouble with their homeowners association for putting up their Christmas lights too early.

The Moffa family hired a company to decorate the yard of their Tampa home on Nov. 6, WFLA reported.

Days later, they received a letter notifiying them that they now face a fine for violating their HOA agreement. If they don’t remove the lights, they could face fines of $100 a day, up to $1,000, the letter said

Moffa said he has no plans to remove the lights.

“That was their only availability, and I can’t climb up on the roof myself,” he told the TV station, adding he didn’t know it was against the rules to put up Christmas lights before Thanksgiving.

“The holidays and the pandemic, I think the kids are wanting something that’s more bright to look at,” Moffa said.

An attorney for the Westchase Community Association said a neighbor complained about the display.

“Which led to community manager to investigate it,” Jonathan Ellis told WFLA. “One of the things they’re preventing is from the person that has the holiday lights up all year-round or things along those lines.”

Ellis said the rules are in place to be followed, but said the board is open to discussing changes.

Moffa said, however, that the association hasn’t been receptive even after they offered to keep the lights off until Thanksgiving.