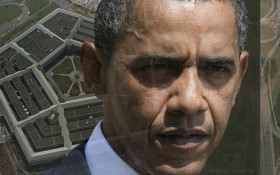 President Donald Trump wants the Ukraine whistleblower named and questioned — a desire echoed by many of the president’s supporters, including Sen. Rand Paul, R-K.Y.

The mainstream media, in their typical fashion, have called the act dangerous.

Liberal lawmakers said that there’s an ethical obligation to protect the whistleblower.

But when former President Barack Obama was ordering the Department of Justice to “declare war” on whistleblowers, wiretap the phones of Associated Press journalists, and more… there was hardly a word said about it in the mainstream media.

If you recall, in 2014 the Justice Department secretly obtained two months of telephone records of reporters and editors for the Associated Press — which the organization called a “massive and unprecedented intrusion” into the Freedom of the Press.

In all, the Obama administration seized those records for more than 20 separate telephone lines assigned to AP and its journalists in April and May of 2012.

The exact number of journalists who used the phone lines during that period is unknown but more than 100 journalists work in the offices whose phone records were targeted in a wide array of stories about government and other matters.

In a letter of protest sent to Attorney General Eric Holder at the time, AP President and Chief Executive Officer Gary Pruitt said the government sought and obtained information far beyond anything that could be justified by any specific investigation.

Two years prior, that same Attorney General, Eric Holder, was held in contempt of Congress for refusing to turn over documents in the “Operation Fast and Furious” case.

The Obama administration let guns “walk” across the U.S.-Mexico border for years. At least one of those guns was later used to kill a U.S. Border Patrol agent.

The Obama administration harassed and punished the whistleblower that first came forward about the illegal scandal, former Agent John Dodson.

Dodson wasn’t alone. Not by a longshot.

There were scores of whistleblower retaliation conducted by the Obama administration.

In fact, the Obama White House criminally prosecuted more whistleblowers than every single other president in U.S. history.

Trump wants to name the Ukraine whistleblower and have the media ask what his motivation is — and in response, the media is up in arms.

But when Obama was retaliating, aggressively investigating, and/or spying on private U.S. citizens?