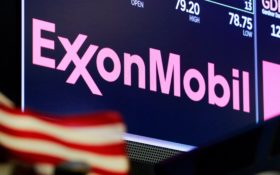 Las Vegas firefighters have discovered what officials described as an illegal, homemade gas station in a backyard.

Las Vegas Fire and Rescue shared images online of the makeshift gas station discovered by firefighters Tuesday showing two yellow tanks in the corner of a walled yard with a gas pump nozzle on the end of hose.

The hose was long enough to reach from the yard to the street for “possible curbside fill ups,” the department said in a social media post.

“This is not only illegal in the city, it is a hazard to neighbors (and) first responders who may respond there for an emergency, like a fire,” the department said.

The backyard station may be part of an illegal trend involving people who purchase gasoline with stolen credit card information before emptying the fuel into storage containers at private homes, Las Vegas Metropolitan Police officials said.

The city’s code enforcement office is investigating the case and citations are possible for the homeowners, authorities said.