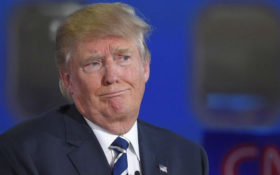 Liberal commentator Keith Olbermann was denied a job at both MSNBC and CNN and has been doing political commentary on a webshow — and he’s very upset about it.

So Olbermann did what every liberal does when they don’t get their way: Blame President Donald Trump.

In an interview with The New York Times, Olbermann went on a blame-game rampage on why he wasn’t invited to return to commentating on CNN.

But even CNN, which Trump repeatedly labels “very fake news,” has a completely different story.

A spokeswoman for the network told the Times that Olbermann was never even considered for CNN. Rather, he was involved in “brief preliminary conversations” for a spin-off channel, HLN, that occurred a year ago.

Imagine Olbermann’s humiliation when he found out he was too liberal and biased… even for the so-called “Clinton News Network”?

Of course, it’s no surprise that even left-leaning networks like CNN and MSNBC would shy away from commentary from Olbermann, due to his extreme hatred for the president.

He is currently the host of the GQ political webshow, “The Resistance,” in reference to an anti-Trump movement.

But his hatred for Trump goes even further.

Olbermann also tweeted Tuesday about his new book set to be released in October entitled, “Trump is F*cking Crazy [This is not a joke]” with a cover showing Olbermann sulking on the ground wrapped up in an American flag, ironically looking like a crazy person.

Another cry baby liberal blaming Trump for his problems — and (conveniently) putting his complaints in the limelight before releasing a book.

Trump commented on Olbermann’s negative comments about him in April of 2016 when Olbermann was attempting to sell his apartment in Trump Tower in NYC, saying, “Keith is a failed broadcaster and the people in the building couldn’t stand him. He is just trying to use ‘Trump’ to get publicity and stay relevant,” he said in an email to CNN Money.

Trump was right then, and he’s still right now.

This time he’s likely too busy running the country to comment on this “failed broadcaster.”

Luckily, The Horn News has plenty of time.