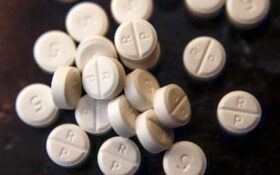 The CDC on Thursday also released a final report for overall U.S. deaths in 2021. As previously reported, more than 3.4 million Americans died that year, or more than 80,000 than the year before. Accidental injuries — which include drug overdoses — was the fourth leading cause of death, after heart disease, cancer and COVID-19. Life expectancy fell to about 76 years, 5 months.