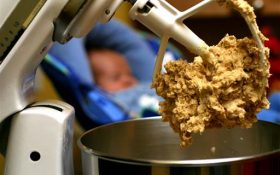 In a warning that’s sure to disappoint many who enjoy sneaking a taste of cookie dough, federal regulators said this week that people should not eat raw dough or batter of any kind due to an ongoing outbreak of illnesses related to a strain of E. coli bacteria found in some recalled flour.

Raw dough also should not be used for homemade play clay for children or to make ornaments, according to the Food and Drug Administration. Restaurants are being advised by the Centers for Disease Control to refrain from giving children raw dough to play with while they wait for their meals.

The flour in question is among 10 million pounds voluntarily recalled last month by General Mills, the FDA said. It comes from a General Mills facility in Kansas City, Missouri, that the CDC pinpointed earlier this month as the likely source for dozens of illnesses in 20 states related to a strain of E. coli. General Mills says a sample of the recalled flour tested positive for the E. coli strain.

Many people infected with the bacteria suffer bloody diarrhea and abdominal cramps. Kidney failure is also possible. At least 10 people have been hospitalized due to the outbreak. No deaths have been reported.

Anyone handling raw dough or flour should wash their hands and anything the ingredients touched, the FDA advised. The agency said the E. coli bacteria can be killed once food is baked, boiled or otherwise heated during preparation.

Despite the recently announced recall, eating raw dough has always carried the risk of salmonella poisoning due to the presence of raw eggs.

Those looking to get their fix may want to turn to commercially-made cookie dough ice cream, which the FDA says should be made with treated flour and pasteurized eggs.