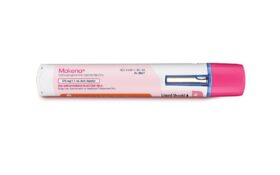 The maker of the only U.S. drug intended to prevent premature births is making a last-ditch effort this week to keep its medication on the market, even as health regulators insist that it doesn’t work.

A Food and Drug Administration meeting that opened Monday comes more than two years after the agency declared the drug ineffective and called for its removal. Drugmaker Covis Pharma has challenged the agency’s conclusion, setting up the highly unusual three-day public hearing.

The meeting underscores the limits of FDA’s authority and the long, onerous process to remove a drug on the rare occasion when a company won’t do so voluntarily at the agency’s request.

The hearing will resemble a courtroom trial, with FDA staff and company scientists presenting arguments for and against the drug Makena, followed by a vote Wednesday by a panel of outside experts. FDA leaders will ultimately make the final decision whether to order a withdrawal.

About 10% of U.S. births come too early — before 37 weeks, raising the risk of serious health problems and even death in infants. Complicating the Makena debate is support from the leading U.S. obstetrics group to keep the decade-old drug available while more research is done.

“The need for an effective treatment for preterm birth is great,” the American College of Obstetricians and Gynecologists says. “Makena and its associated generics represent the only treatment currently available to obstetrician-gynecologists to help prevent this condition.”

“Based on the evidence shown today, Makena is not shown to be effective,” said FDA’s drug chief, Dr. Patrizia Cavazzoni, in opening remarks Monday. “Its benefit and risk profile is unfavorable and it should be withdrawn from the market.”

The dispute is likely to increase scrutiny of the agency’s so-called accelerated approval program, which allows drugs like Makena to launch based on promising early results while additional, usually larger, studies are conducted.

“Makena is being used as an example of the many different criticisms of this program,” said Rachel Sachs, a food and drug law specialist at Washington University of St. Louis. “That may not be fair to the other drugs, other diseases, other patients groups, but we’re forced to respond to the situation it presents.”

At its best, the accelerated approval program is credited with speeding the availability of breakthrough therapies for HIV and cancer. But in the last decade, the FDA has been increasingly criticized for failing to follow up on expedited drugs with incomplete or unconvincing confirmatory data, including a large number of expensive cancer medications on the market.

In recent years, the FDA’s cancer division has begun prodding companies to stop selling their drugs for uses granted under these so-called “dangling approvals.”

The FDA approved Makena in 2011 based on a small study suggesting it reduced rates of premature birth in women with a history of early deliveries. Makena consists of a synthetic version of the hormone progesterone, which helps the uterus grow and maintain a pregnancy. Women can start the shots after 16 weeks of pregnancy.

Accelerated approval was granted on the condition that Makena’s original developer, Hologic, conduct a follow-up study confirming the drug resulted in lower rates of disability and death among newborns.

But results from an international study of 1,700 women released in 2019 showed the drug neither reduced premature births — as originally thought — nor resulted in healthier outcomes for babies, while increasing the risk of blood clots, depression and other side effects in mothers.

In briefing documents released this month, the FDA said leaving Makena on the market “incurs false hopes, the risks associated with treatment, and other burdens” like excess medical spending. According to a recent federal report, the U.S. has spent $700 million on Makena since 2018 through various government programs, like Medicaid and Veterans Affairs.

The FDA opinion also applies to several generic versions of the shot.

Drugmaker Covis argues that Makena is effective and that flaws in the 2019 study obscured its benefit. The Luxembourg-based company points out that Black women are at higher risk for preterm birth, but made up just 7% of women in the international study, compared with 59% in the original U.S. study used for approval. It wants time to do another study in higher risk patients, particularly Black Americans.

A patient group set up with funding by Covis, the Preterm Birth Prevention Alliance, has made similar arguments in letters to the FDA.

“We believe there is no sound public health reason to deprive” patients and physicians of access to Makena, the company said in an emailed statement.