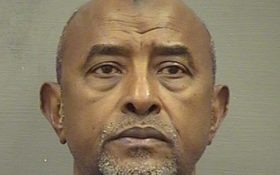 A former FBI translator will learn Friday whether he faces a prison sentence after he admitted doctoring transcripts when his own name came up on intercepts of phone calls placed by a terrorism suspect.

Abdirizak Wehelie of Burke, Virginia, pleaded guilty in November to making false statements. He will be sentenced in federal court in Alexandria.

Wehelie, 68, admitted he marked himself down as an “unidentified male” when a target of FBI surveillance left a message on Wehelie’s cellphone in 2012, while Wehelie was working as a contract linguist for the FBI. The person who called Wehelie was under investigation at the time for helping a person join al-Shabab, a militant Somali group designated as terrorists by the U.S.

Wehelie is asking for probation. Sentencing guidelines call for a term of zero to six months.