FBI secret memo: When does it go public? - The Horn News 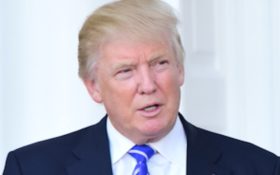 The news has Democrats and loyalists to former President Barack Obama in a near panic — but it seems almost certain the secret memo will be released to the public.

The question is: When? According to Fox News, today’s expected release has been pushed back. The earliest the memo would be released would be Friday morning, according to experts.

White House spokesman Raj Shah said he expected a decision to be made “pretty soon” on whether to halt the House intelligence committee from releasing the memo. The panel voted along party lines Monday to release it, and Trump now has five days to object. If he doesn’t object, then Congress can release it.

The president has read and been briefed on the memo, according to a senior administration official.

Trump has said he wants the memo released despite the objections of the FBI and the Justice Department. The FBI declared Wednesday that it has “grave concerns” about the accuracy of the classified memo, which was written as part of an effort to reveal what Republicans say are surveillance abuses by the FBI and the Justice Department in the early stages of the investigation into Russian meddling in the 2016 presidential election

The FBI’s stance means that Trump, by allowing the memo’s release, would be openly defying his own FBI director by continuing to push for its disclosure. The FBI statement came the day after Trump was overheard by television cameras telling a congressman that he “100 percent” supported release of the four-page memo.

House Democratic Leader Nancy Pelosi and Senate Democratic Leader Chuck Schumer are desperately pressuring Speaker Paul Ryan to stop the memo’s release, and Pelosi on Thursday even called for Nunes to be removed as chairman of the intelligence panel.

Democrats have called the memo a “cherry-picked” list of GOP talking points that attempts to distract from the committee’s own investigation into Russian meddling in the election.

The drama comes as special counsel Robert Mueller also is investigating whether the Trump campaign improperly coordinated with Russia. Republicans have intensified their pressure on the Justice Department as Mueller’s probe has drug on.

Trump has been telling confidants in recent days that he believes the memo will validate his concerns that, under Obama, the FBI and Justice Department conspired against him, according to advisers.

The president also has told allies that he believes the memo bolsters his belief that accusations of collusion between his campaign and Russian officials are false and part of a conspiracy to discredit his election.

On Wednesday afternoon, Nunes fired back at the law enforcement agencies, calling the FBI and Justice Department objections “spurious.”

The vote to release the memo was unprecedented in the committee’s history. The panel usually goes out of its way to protect classified information in the interest of shielding intelligence sources and methods.