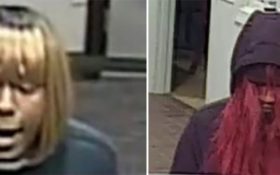 The FBI is asking the public’s help in catching a so-called “bad wig bandit” who’s been robbing banks in North Carolina.

The FBI said in a statement on Thursday that the suspect wore a different wig during each heist in the Charlotte area.

One wig was blonde. Another was black. The third was red.

The FBI said he robbed a BB&T in Huntersville on Dec. 13. He then robbed two banks on Jan. 7. The first was a New Horizon Bank in Belmont. The second was a Wells Fargo in Gastonia.

You can view a full size image below: