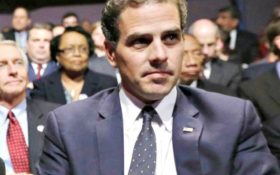 Grassley said the evidence indicates that the president was aware of his son’s financial arrangements and may have been partially involved.

It is unknown if these FBI records are a part of the ongoing criminal investigation into Hunter.

Grassley said he gained the information from “a significant number” of “highly credible whistleblowers” in the FBI after he encouraged those with evidence of “fraud, waste, abuse and gross mismanagement by FBI and Justice Department officials” to reach out.

“Based on recent protected disclosures to my office, the FBI has within its possession significant, impactful and voluminous evidence with respect to potential criminal conduct by Hunter Biden and James Biden,” Grassley said in the letter Monday.

Based on an interview with a former business partner of Hunter conducted by the FBI, the content of which was then shared with Grassley, there is “a sufficient basis to open a full field investigation on pay-to-play grounds; however, it is unclear whether the FBI did so and whether the information is part of the ongoing criminal investigation by U.S. Attorney Weiss,” Grassley said.

“The FBI also has a document within its possession that notes that then former Vice President Joe Biden met with Hunter Biden and his business associates at a conference in Los Angeles on May 2, 2017, and May 3, 2017. The meetings have been publicly disclosed; however, the fact that the FBI maintains documents referencing these data points has not been made public before,” his letter continued.

“Lastly, the FBI has within its possession a series of documents relating to information on Mykola Zlochevsky, the owner of Burisma, and his business and financial associations with Hunter Biden. The documents in the FBI’s possession include specific details with respect to conversations by non-government individuals relevant to potential criminal conduct by Hunter Biden,” Grassley wrote.

“These documents also indicate that Joe Biden was aware of Hunter Biden’s business arrangements and may have been involved in some of them. Based on allegations, it is unclear whether the FBI followed normal investigative procedure to determine the truth and accuracy of the information or shut down investigative activity based on improper disinformation claims in advance of the 2020 election, just as it did with Hunter Biden information that I wrote to you about on July 25, 2022. It is also unclear whether U.S. Attorney Weiss has performed his own due diligence on these and related allegations,” the letter claimed.

“These new whistleblower disclosures beg the question: in light of the allegations that I have brought to your attention, what have the FBI and Justice Department, to include U.S. Attorney Weiss, done to investigate?” Grassley asked.

“Notably, the Justice Department and FBI have not disputed the accuracy of the allegations that I have made public since May 31, 2022,” Grassley wrote in his latest letter,’ he wrote. ”

“The Justice Department’s and FBI’s continued silence on these matters is deafening and further erodes their credibility. Simply put, enough is enough – the Justice Department and FBI must come clean to Congress and the American people with respect to the steps they have taken, or failed to take, relating to the Hunter Biden investigation.”

You can read the letter yourself here.