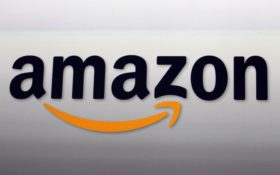 Nassly Sales said she was shocked to see diapers covered in what appeared to be fecal matter when she opened her Amazon package, WPIX-TV reported on Friday.

Sales said she purchases diapers for her two daughters each month from the online retail giant’s Amazon Warehouse section, which sells returned items at a discounted rate. Amazon inspects and certifies all open-box products before reselling them, according to Amazon’s website.

Sales immediately started disinfecting her nursery and wiped down her daughter with rubbing alcohol. The Jersey City woman said she feared for her daughter’s health since she was born 26 weeks premature and has a compromised immune system.

The family said the substance on the diapers appears to be fecal matter, but they have not had it officially tested.

An Amazon spokesperson said the company worked with the family to resolve the issue.

“We work hard to provide customers with a great experience and deeply regret that this situation did not live up to our high standards,” the spokesperson said.