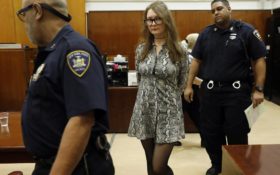 New York prosecutors have rested their case against the woman accused of passing herself off as a German heiress and swindling friends, banks and hotels.

Anna Sorokin told a judge Monday she will not testify in her grand larceny and theft of services trial in state court in Manhattan.

Her decision came after several weeks of testimony in a case that has drawn international attention.

Closing arguments are expected Tuesday, and jurors will begin deliberating the same day.

Prosecutors say Sorokin bilked people and businesses out of $275,000 while living a jet-setting lifestyle she couldn’t afford.

They say she also peddled bogus bank statements in a quest for a $22 million loan.

Sorokin’s lawyer says she never intended to commit a crime and planned to pay back the money.