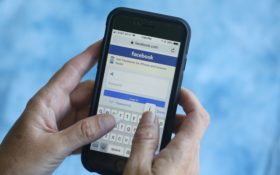 The social media giant has had to admit it was wrong about a fundamental issue among conservatives: the origins of the COVID-19 coronavirus pandemic.

“In light of ongoing investigations into the origin of COVID-19 and in consultation with public health experts, we will no longer remove the claim that COVID-19 is man-made from our apps,” Facebook said in a statement. “We’re continuing to work with health experts to keep pace with the evolving nature of the pandemic and regularly update our policies as new facts and trends emerge.”

For more than a year, the official story was that the coronavirus happened naturally… and didn’t escape from an infamous lab in Wuhan, China.

Someone got sick – probably from bats – and spread the virus into the city of Wuhan, which was the first to be slammed by the pandemic.

The New York Post saw one of its early stories on the lab leak theory – published in February 2020 – become censored on Facebook.

Some who were really persistent in trying to post these questions found themselves in “Facebook jail,” where they’re restricted from posting or interacting for a period of time.

And some were likely even banned for spreading what the mainstream dismissed as “conspiracy theories.”

But that all changed over the past few weeks after an explosive report in the Wall Street Journal revealed that China’s Wuhan Institute of Virology may have been the source of the outbreak after all.

The newspaper cited a U.S. intelligence report that found three workers at the lab were so sick with coronavirus-like symptoms in November 2019 that they needed hospital care.

That was about a month before the first known cases of the virus broke out in public in the city of Wuhan.

Dr. Anthony Fauci recently admitted that he’s not sure when, where or how the outbreak began. He wouldn’t rule out that it came from the lab, and the Biden administration has announced a new investigation into the origins.

As a result, the mainstream media was forced to issue corrections, retractions and apologies.

Facebook is following suit… and the same New York Post that got in hot water with the social media network is calling them out over it.

“How foolish Facebook now looks for blocking The Post’s February 2020 column that first raised the Wuhan-lab-leak possibility,” the newspaper wrote in an editorial last week.

And some lawmakers are already putting the company on notice.

“The arrogance of Facebook to decide where and how precisely covid originated, and who should be able to talk about it, is stunning,” Sen. Josh Hawley, R-Mo., wrote on Twitter. “But sadly typical.”

This is another example of the dangers of Big Tech suppressing free speech and raises the question of why Facebook banned these posts in the first place. We need answers! https://t.co/yTPIyQjgBM

And it’s not just U.S. politicians angry over this.

“I think it is absolutely contemptible and it shows their commitment to democracy is an incredibly thin veneer over their commercial interests,” Bob Seely, a member of the British Parliament, told the Daily Mail newspaper. “So many big tech firms are showing their true and frankly really ugly colors.”

Indeed, both Facebook and Twitter have taken a heavy hand at deleting and banning “conspiracy theories,” even if we’re now learning some of them might be true.

“This is not a conspiracy theory,” Seely said. “There is a genuine debate about where the Wuhan virus came from.”

We might finally be a step closer to solving that debate and learning the true origins of the pandemic.

Just don’t expect to read about it on Facebook!