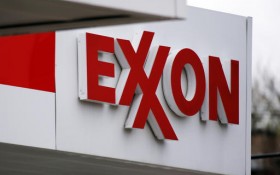 Low oil prices have helped cost Exxon its pristine “AAA” credit rating from Standard & Poor’s, a label it held for over six decades.

S&P said Tuesday that it lowered Exxon’s rating one notch to “AA+” because of slumping oil prices and the “large dividend payments” the oil giant makes to shareholders. The credit-rating agency said Exxon is more likely to pay dividends than save money or reduce its debt.

The downgrade could potentially lead investors to demand higher interest rates to take on Exxon’s debt, because in S&P’s eyes it now represents a slightly riskier bet. However, the one-notch downgrade, while symbolic, is unlikely to significantly raise Exxon’s borrowing costs for now.

Another major ratings agency, Moody’s Investors Service, said in February that it was keeping its top “Aaa” rating on Exxon. But it sounded a cautionary note by lowering its outlook on the rating to “negative” from “stable.”

Exxon Mobil Corp., which is based in Irving, Texas, said in a statement that nothing has changed about its “financial philosophy” and that it places a “high value on its strong credit position.”

Like other energy companies, Exxon has been hurt by the slump in oil prices. In the previous quarter, the company reported a 58 percent drop in profit to $2.78 billion. It was Exxon’s smallest quarterly profit in about 14 years.

Wall Street appeared to shrug off the ratings downgrade news. Exxon’s shares were up 19 cents to $87.52 in afternoon trading Tuesday.