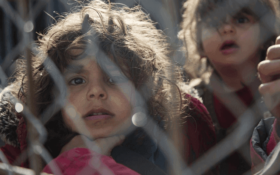 British authorities knew of a massive child sex trafficking ring for decades but did nothing about it… because police feared if they arrested the Muslim perpetrators, the media would call them “racist.”

So, officials sat back as these gangs drugged, assaulted, and gang-raped over a thousand vulnerable little girls – some as young as 11, a new investigation has found.

Five people were killed and, despite some overdue arrests, girls say the gang is still prowling the area today. Now, the BBC reports that citizens are demanding answers.

Experts believe the underage prostitution ring in Telford is the worst in British history.

More than 1,000 vulnerable girls were brutalized over 40 years, investigators say.

The gang targeted vulnerable girls from broken homes, or with absentee parents, living in poor neighborhoods.

A friendly man would pose as the girl’s boyfriend, then ply her with alcohol and drugs, before raping the child and forcing her into a life of prostitution.

“Night after night, I was forced to have sex with multiple men in disgusting… filthy houses,” one victim said.

The gangs regularly beat the girls, and sometimes followed them home to bully them into silence.

“I hated what was happening and my abusers made my skin crawl,” the victim continued, “but I was told that if I said a word to anyone they’d come for my little sisters.”

One of the perps, Azhar Ali Mehmood, torched the house of 16-year-old Lucy Lowe after she threatened to blow the whistle on him – killing her, her mother, and her sister in the process.

Victims say they got the message loud and clear: Keep your mouth shut, or else.

The authorities kept their mouths shut, too… because of liberal political correctness.

Police, social workers, teachers, and medical workers – they all saw gangs of middle-aged Pakistani men in inappropriate situations with children but kept their stiff upper lip shut about it.

One young victim told The Mirror, “I must have been getting the morning after pill from a local clinic at least twice a week, but no one asked any questions.”

Cops looked down on the poor girls from bad homes, treating them like prostitutes instead of what they were: Abused kids.

They regularly arrested the girls – but law enforcement authorities got rid of any religious or racial information they collected about the suspects.

What’s worse, Telford is the latest in a long string of similar, Muslim sex trafficking rings that officials knew about but ignored because of the rapists’ religion:

A chief police constable told The Independent, “I think there’s every likelihood that this is happening in every town and city across the country.”

In every case, officials knew about what was happening but told no one, because they were afraid they’d lose their jobs for Islamophobia – and they’re not wrong to be worried.

Sarah Champion, the Member of Parliament for Rotherham, was forced to resign after writing, “Britain has a problem with British Pakistani men raping and exploiting white girls.”

Her comment brought enormous backlash – but British Pakistani researchers and other experts say Champion was right.

According to the Quilliam Foundation in a survey conducted by British researchers of Pakistani heritage, 84% of people convicted of gang sex grooming were Muslim Pakistanis.

It doesn’t matter to authorities, though. Officials seem to just want the whole scandal to go away.

“I think the government is still trying to play this down and make out it’s not a major issue – they are not doing enough,” said Sammy Woodhouse, who was abused as a teenager in Rotherham.

Even now in Telford, girls say the rape gangs are still at work. Officials have identified as many as 200 perpetrators – and arrested only 9.

Authorities are too busy protecting their image to protect the young girls in their neighborhoods.

Assistant Chief Constable of West Mercia Police, Martin Evans told the BBC “Tackling child sexual exploitation is, and has been for some time, the number one priority for police in Telford.”

Critics say that’s a lie and he knows it. Their top priority is dodging PC charges of discrimination – even if that means thousands of young girls have to face unthinkable abuse.