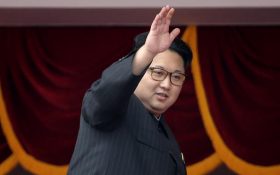 While President Donald Trump is doing everything he can to stop North Korea from testing a nuclear weapon that could hit all 50 states, his own “allies” are busy giving aid, comfort – and sometimes cold, hard cash — to the enemy.

Kim Jong Un had grown used to the soft tone of former President Barack Obama and former Secretary of State John Kerry. Now the “Democratic People’s Republic of Korea” (DPRK) is feeling the pressure – and it’s lashing out wildly at China and the United States.

North Korea “clearly proved that the time of its ICBM test is not a long way off at all,” the state-run newspaper Rodong Sinmun said last week. “The DPRK is about 10,400 km far away from New York, but this is just not a long distance for a strike today.”

Kim Jong Un is believed to have picked the Big Apple because it is President Trump’s hometown, the site of Trump Tower, and the location of the worst terrorist attack in U.S. history.

North Korea is talking like it wants to make 9/11 look like child’s play, and it’s taking the steps to back it up.

The statement came just days after North Korea tested its fourth new missile system this year and threatened to mass produce missiles that can strike anywhere in the U.S.

What are America’s allies doing? Giving the Communist regime food, money, or partying it up with the dictator himself.

We don’t expect much from an aging NBA bad boy nicknamed “The Worm.” But we do expect a lot more from other people who are helping North Korea get a nuclear device – including South Korea, England, even Barack Obama.

The new president of South Korea, Moon Jae-in is a Never Trumper. He said South Korea needs to “learn to say no” to America and wants to line up his country with its sworn enemy.

He also recently suggested that North Korea could host the World Cup soccer championship in 2030.

More importantly, he opposed America where it counts — on nukes.

Moon showed China it has nothing to worry about – and it can walk away from the table. Meanwhile, 28,500 US soldiers are protecting South Korea from the DPRK’s 1.19 million-man army.

Then there are the British, who actually gave North Korea millions of dollars.

The UK spent $5 million in “humanitarian aid” to North Korea the last six years. The Foreign Office described this as “critical engagement” that promotes “British values” – and it has no intention to stop sending the checks.

What did the Brits get in return? The NSA has discovered that the WannaCry ransomware attack that crippled the UK’s National Health Service and affected 150 countries worldwide originated with North Korea’s spy agency, the Reconnaissance General Bureau.

Even America has aided our own mortal enemies.

Some of North Korea’s helpers believe they are doing the Good Lord’s work. Manna Mission of Europe is about to send 40 tons of flour to North Korea during a six-day trip to alleviate starvation.

That’s a good thing – and there’s plenty of that in the country. A UN report in March found that 10.5 million people – 41 percent of the total population – are malnourished. An estimated 10 percent of all North Korea infants aged two and under have severely stunted growth.

But the North Korean Communists aren’t stupid. They won’t let anyone into their country unless it benefits them – and giving their people food helps keep the Korean people in chains.

At one point, foreign aid one-third of the nation’s population.

Instead of saving money for the future, North Korea spent less on food – and more on nuclear weapons and other armaments. Today, it spends 24 percent of its GDP on “defense.”

That military threatens to drop a nuclear bomb on the United States – but it also oppresses the North Korean people.

The State Department estimated there are 80,000 to 120,000 political prisoners in North Korean prisons. Amnesty International says, “Hundreds of thousands of people – including children – are detained in political prison camps and other detention facilities in North Korea.” They are oppressed based on race, sex, political or religious belief, or not showing enough devotion to the Great Leader.

Kim Jong Un has ordered 340 people to be executed between 2011 and last December, according to Institute for National Security Strategy, a South Korean think tank. Sometimes, he shoots them with anti-aircraft guns – and has their children watch. Other times, his troops force women to dig their own graves, where they are raped before being killed.

The people who have escaped this hellhole know there’s no way to help the people except to topple their government. Jang Jin-sung, one of former dictator Kim Jong-il’s favorite writers until he defected to the West in 2004, wrote “the international community must stop funding food aid.”

Donald Trump gets it. Let’s hope the Deep State stops undermining him in foreign and domestic policy and lets the world breathe free.