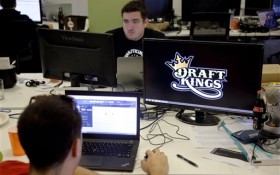 You’ve seen the commercials. Tuesday, the state’s attorney general of New York sent letters to daily fantasy sports websites DraftKings and FanDuel demanding they turn over details of any investigations into their employees, saying they “may have gained an unfair, financial advantage in a contest known as Daily Fantasy Football.”

The letters were prompted by media reports a DraftKings employee may have had access to valuable company data before winning second place in a FanDuel contest. The incident has been likened to insider trading.

Attorney General Eric Schneiderman, in opening his investigation, said DraftKings and FanDuel employees may have exploited their access to nonpublic data.

“These allegations, and your company’s subsequent statement, raise legal questions relating to the fairness, transparency, and security of FanDuel and the reliability of representations your company has made to customers,” Schneiderman wrote to FanDuel.

He sent a nearly identical letter to DraftKings.

Schneiderman wants the companies to explain their policies or practices prohibiting employees from playing daily fantasy sports, whose participants put together virtual teams based on real players and compete for points based on the players’ statistics.

In the letters, Schneiderman asked for the names, job titles and descriptions of employees who compile and aggregate data including pricing algorithms and athletes’ ownership percentages for past contests.

As the controversy reverberated Tuesday, ESPN said it was cutting sponsored DraftKings elements from within its shows. It called the removal a standard procedure when “covering significant news, to avoid any suggestion of influence on our coverage.” It said it was not cutting DraftKings commercials.