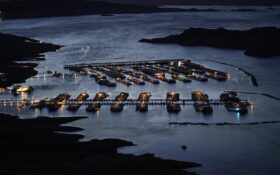 The death of a Las Vegas-area teenager from a rare brain-eating amoeba that investigators think he was exposed to in warm waters at Lake Mead should prompt caution, not panic, among people at freshwater lakes, rivers and springs, experts said Friday.

“It gets people’s attention because of the name,” former public health epidemiologist Brian Labus said of the naturally occurring organism officially called Naegleria fowleri but almost always dubbed the brain-eating amoeba. “But it is a very, very rare disease.”

The federal Centers for Disease Control and Prevention has tallied just 154 cases of infection and death from the amoeba in the U.S. since 1962, said Labus, who teaches at the School of Public Health at the University of Nevada, Las Vegas. Almost half those cases were in Texas and Florida. Only one was reported in Nevada before this week.

“I wouldn’t say there’s an alarm to sound for this,” Labus said. “People need to be smart about it when they’re in places where this rare amoeba actually lives.” The organism is found in waters ranging from 77 degrees Fahrenheit (25 Celsius) to 115 degrees (46 C), he said.

The Southern Nevada Health District did not identify the teen who died, but said he may have been exposed to the microscopic organism during the weekend of Sept. 30 in the Kingman Wash area on the Arizona side of the Colorado River reservoir behind Hoover Dam. The district publicized the case on Wednesday, following confirmation of the cause from the CDC.

The district and the Lake Mead National Recreation Area, which oversees the lake and the Colorado River, noted the amoeba only infects people by entering the nose and migrating to the brain. It is almost always fatal.

“It cannot infect people if swallowed, and is not spread from person to person,” news releases from the two agencies said. Both advised people to avoid jumping or diving into bodies of warm water, especially during summer, and to keep the head above water in hot springs or other “untreated geothermal waters” that pool in pocket canyons in the vast recreation area.

“It is 97% fatal but 99% preventable,” said Dennis Kyle, professor of infectious diseases and cellular biology and director of the Center for Tropical and Emerging Global Diseases at the University of Georgia. “You can protect yourself by not jumping into water that gets up your nose, or use nose plugs.”

The amoeba causes primary amebic meningoencephalitis, a brain infection with symptoms resembling meningitis or encephalitis that initially include headache, fever, nausea or vomiting — then progress to stiff neck, seizures and coma that can lead to death.

Symptoms can start one to 12 days after exposure, and death usually occurs within about five days.