Experts REVEAL The Queen's plan to give up power (health scare?) - The Horn News 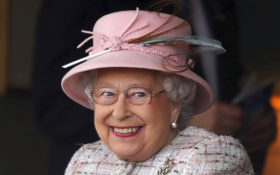 A royal expert is claiming that Queen Elizabeth II of the United Kingdom will be handing over her powers in the next two years, according to The Sun.

The Queen, who is currently 93, is reportedly working on a plan to hand over all her power to Prince Charles as soon as she turns 95.

The move would be part of the 1937 Regency Act, used in situations similar to this one, where a reigning monarch is able to give up power to their heirs if they feel they are no longer able to perform their duties.

It’s likely that concerns about the Queen’s age and how it will affect her ability to continue doing the jobs required of monarchs is behind the move.

She would keep the title of Queen, but the “majority of duties” would become the responsibility of Charles, who is 70 years old.

The Sun is reporting that Charles is quietly preparing to take over operations in the background.

Royal author Phil Dampier told Yahoo, “He is starting to do that already, being at the state opening in Parliament and the Commonwealth conference.

For the 1937 Regency Act to pass, Prince Philip, the Queen’s husband, a House of Parliament spokesperson, and a third senior member would have to give evidence that supports the Queen’s request to hand down power.