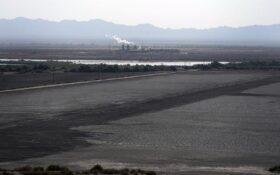 President Joe Biden is turning to a Cold War-era law to boost production of lithium and other minerals used to power electric vehicles, but experts say the move by itself is unlikely to ensure the robust domestic mining Biden seeks as he promotes cleaner energy sources.

Biden’s action, part of his efforts to find alternatives to fossil fuels and combat climate change, does not waive or suspend existing environmental and labor standards, the White House said. Nor does it address the chief hurdle to increased domestic extraction of so-called critical minerals: the years-long process needed to obtain a federal permit for a new mine.

Even so, the mining industry and supporters in Congress cheered Biden’s use of the 1950 Defense Production Act to increase U.S. supplies of lithium, nickel and other minerals needed for electric-vehicles batteries and other clean-energy technology.

His March 31 executive order is a historic step by the White House to “recognize the critical importance of minerals and push to electrify the car industry,″ said Rich Nolan, president and CEO of the National Mining Association.

But “unless we continue to build on this action″ and approve new hardrock mines, Nolan added, “we risk feeding the minerals dominance of geopolitical rivals″ such as China and Russia.

“We have abundant mineral resources here,” he said. “What we need is policy to ensure we can produce them and build the secure, reliable supply chains we know we must have.”

Environmentalists, meanwhile, worry that Biden is activating a war-time tool to boost mineral extraction that can contaminate groundwater and harm ranching and wildlife.

“The clean energy transition cannot be built on dirty mining,” said Lauren Pagel, policy director of Earthworks, an environmental group that has pushed for stronger restrictions on hardrock mining.

On minerals, Biden wants to ensure the U.S. has enough lithium and other materials needed for EV batteries, heat pumps and large-capacity batteries for the electric grid. A majority of global lithium production comes from China, Australia, Argentina and Chile, while Russia dominates the global nickel market and the Democratic Republic of Congo is the world’s largest cobalt producer.

“We need to end our long-term reliance on China and other countries for inputs that will power the future,″ Biden said, vowing to “use every tool I have to make that happen.″

Although lithium reserves are distributed widely across the globe, the U.S. is home to just one active lithium mine, in Nevada. New and potential lithium mining and extracting projects are in various stages of development in Nevada, Maine, North Carolina and California. Democratic Gov. Gavin Newsom has labeled California the “Saudi Arabia of lithium,” and two projects there could produce lithium by 2024.

Under Biden’s order, the Pentagon is authorized to spend millions of dollars to support a range of activities, including feasibility studies to determine economic viability of a proposed mine and develop mineral-waste recycling programs. Money also could help existing mines and other industrial sites produce valuable materials, the Pentagon said. For example, a copper mine could also produce nickel.

It’s unclear how much money will be available for mining, but the Defense Department is authorized to keep up to $750 million on hand for its strategic and critical material stockpile.

Sen. Catherine Cortez Masto, D-Nev., called Biden’s order “a good first step toward expanding our electric vehicle battery manufacturing and infrastructure.″ But she and other lawmakers said the U.S. needs a long-term strategy to improve the domestic supply chain of critical minerals.

“Unless the president streamlines permitting, we should not expect to see any meaningful increase in American mineral production,″ said Wyoming Sen. John Barrasso, the top Republican on the Senate Energy and Natural Resources Committee. At a recent committee hearing. Barrasso urged Biden to “stand up to mining opponents in his own party.”

Grijalva and Sen. Martin Heinrich, D-N.M., introduced legislation to modernize the 1872 law that governs hardrock mining in the U.S.

(asterisk)Our current mining law was put in place before we even knew what a car was, much less an electric one,″ Grijalva said. “Modernizing this relic of a law isn’t extreme or anti-industry — it’s just common sense.”

Mining companies have extracted hundreds of billions of dollars’ worth of gold, silver, copper and other minerals from federal lands over the past 150 years “without paying a cent in federal royalties,” Grijalva and Heinrich said in a statement. The House bill would establish a 12.5% royalty on new mining operations and an 8% royalty on existing operations.

The bill also would set up a Hardrock Minerals Reclamation Fund to make the industry pay for cleanup of abandoned mine sites.

About 40% of watersheds in the western U.S. are contaminated by hardrock mine drainage, according to the Environmental Protection Agency. Many nickel, copper, lithium and cobalt reserves are located within 35 miles or 56 kilometers of tribal lands.

Indigenous people living near a proposed lithium mine in Nevada assailed Biden’s order.

“I believe this is going to be the second coming of environmental destruction,″ said Day Hinkey, a member of the Fort McDermitt Paiute and Shoshone tribe and an organizer with People of Red Mountain, a group that opposes the vast Thacker Pass lithium mine in northern Nevada.

Another Nevada lithium mine is planned near a desert ridge where a rare wildflower has been proposed for listing as an endangered species. The mine’s developer, Australia-based Ioneer, said the expected habitat protections for the rare Tiehm’s buckwheat would not affect its mining activities, and company operations would not jeopardize conservation of the species.

Opponents dispute that. Hinkey said the first environmental crisis was caused by the fossil fuel industry “and I believe this next one will be lithium mining.”