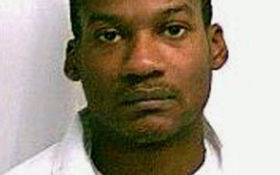 An ex-convict with a history of mental illness faces up to 20 years in prison when he’s sentenced for plotting a New Year’s Eve machete attack at a New York restaurant in the name of the Islamic State group.

Emanuel Lutchman, of Rochester, pleaded guilty to conspiracy to provide material support to a foreign terrorist organization in August. Sentencing is scheduled for Thursday in federal court in Rochester.

Officials say the 26-year-old Lutchman explored websites related to violent jihad and initiated contact with a now-deceased member of the Islamic State group in Syria in 2015. The FBI says it used paid informants to uncover the plot and take Lutchman to a store to purchase supplies.

Lutchman’s lawyer says he never would’ve been able to take the actions without the informant’s help.