Which EU country REFUSES to accept any more refugees? - The Horn News 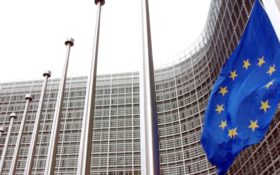 The system of sharing some 160,000 migrants among member states to ease the migrant pressure on Greece and Italy has been fiercely opposed by Central and Eastern European nations. Slovakia and Hungary have challenged it in court.

Czech Interior Minister Milan Chovanec said on Monday the government has approved his ministry’s proposal to stop accepting the migrants because the plan doesn’t work and due to “the worsened security situation.”

The Czech Republic was supposed to accept some 2,600 refugees until September but so far has taken only 12, all of them from Greece.

The EU Commission has repeatedly urged EU members to respect the system.