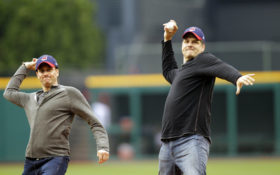 The network announced Tuesday that Mike Greenberg would be leaving the longtime morning radio show he co-hosts with Mike Golic to host a new morning TV show on ESPN TV that will premier Jan. 1. Golic will stay in the morning radio spot and will be joined by a new partner in the network’s NFL host Trey Wingo. The radio show will be simulcast on television.

Greenberg and Golic have been teamed since 2000. The show will end later this year.

Greenberg says his “run with Golic has been an incredible experience,” but he’s looking forward to a new challenge.

The network also says Golic and Wingo have multiyear extensions to stay with ESPN.