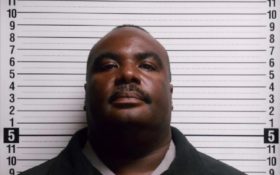 All police operations have been suspended in a North Carolina town in the aftermath of public corruption charges levied against its chief and an officer.

Southport Mayor Jerry Dove tells WECT-TV that he and the city board last week asked the Brunswick County Sheriff’s Office to assume all law enforcement functions until further notice. Brunswick County District Attorney Jon David said Thursday that Police Chief Gary Smith and Lt. Mike Simmons had a “habitual and repeated pattern” of leaving their police posts for work at a trucking company.

They were arrested Thursday, the same day multiple search warrants were executed at the police department, town hall and trucking company.

The department’s website says six others make up the force.

David says some officers were whistleblowers. All officers are on paid administrative leave.