Elon Musk laughed at this "sensitive" Tweet - The Horn News 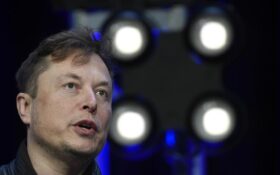 In response, The Babylon Bee, an outlet for news satire, tweeted a video mocking Twitter employees for their sensitivity.

Musk, the incoming owner of Twitter, seemed unsurprised by the site’s ridiculous overreaction. He issued some rolling-on-the-floor-laughing emojis.

The Babylon Bee was suspended from Twitter after jokingly using the term “Man of the Year” to describe Assistant U.S. Health Secretary Dr. Rachel Levine, who is transgender.

Meanwhile, Musk has been described by Mediaite as “a well-known fan of Babylon Bee.”

The video opens with a Twitter employee walking into her psychiatrist’s office.

“It’s terrible. I can’t even,” the employee says. “I have literally lost my ability to even.”

“Let’s calm down,” the psychiatrist says. “What was it? Some sort of tragedy? Death in the family? No one misgendered you, did they?”

“It’s even worse,” she says, “Elon Musk wants to buy our company… If he buys our free speech platform, people will be able to have free speech on our platform… If we don’t have the unilateral power to ban ideas we don’t like, we’d actually have to discuss and defend our ideas based on their own merit.”

The video culminates with the employee saying, “Everyone who disagrees with me is a Nazi.” Then the therapist asks, “Is Elon in the room with us right now?”

Some liberals, like the one mocked in the video, have criticized Musk for his self-proclaimed “free speech absolutism.”

Twitter spokesperson Trenton Kennedy told Politico that Gadde had become emotional while discussing her team’s hard work, not because of Musk’s views on free speech.