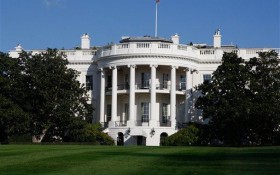 Christopher Grant was a hero for a month. Thursday he was arrested at the White House when he was invited to a ceremony by President Donald Trump.

The native Texan was a victim of the Walmart shooting which took place in El Paso, Texas — he was one of the two dozen wounded and he has the scars to prove it.

He also claimed that he tried to confront the gunman to save other lives.

And for a while, he convinced the entire world that it was true. But it turned out he lied about the whole thing.

Big Pharma doesn’t want you to see THIS [Sponsored]

And then he showed up to the White House with an active warrant — and now, he’s behind bars!

Grant catapulted into the spotlight when he appeared on CNN’s “Cuomo Prime Time” with Chris Cuomo. There he recounted his fraudulent story as Cuomo sat bedside in the hospital.

CNN never bothered to verify the story with law enforcement — and it went viral.

"It was like someone put a hand grenade in your back and pulled the pin."
El Paso survivor and hero Christopher Grant recounts being shot after he drew a barrage of gunfire while trying to stop the gunman by throwing bottles. https://t.co/3dTntw0WiJ pic.twitter.com/bwvrdPorCe

In fact, the story ended up garnering so much attention that he was even invited to the White House to receive an award.

But when he showed up to meet Trump, he was arrested by Secret Service for being a fugitive from justice.

According to The Washington Examiner, Grant had an extensive rap sheet which includes multiple accounts of theft, car theft, and police evasion.

Sgt. Enrique Carillo of the El Paso Police spoke out on the incident.

“Nobody bothered to check with us. They would have been informed, as I am telling you now, that our detectives reviewed hours of video and his actions did not match his account,” Sgt. Carillo said.

Another lie pushed by the mainstream media — and exposed once it reached the Trump White House.