Bad news: US economy will be dragged down by foreign countries - The Horn News 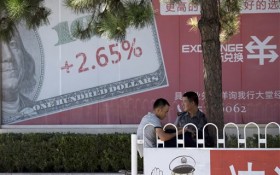 That was the widespread hope just a few months ago. Now, doubts are growing that the United States can withstand economic pressures flowing from overseas. Economies in China, Canada, Brazil and Europe are struggling. Canada, the largest U.S. trading partner, is in recession.

Americans have been holding back on spending even though lower gas prices have put more cash in their pockets. Employers have slowed hiring and held down pay. Home sales have flattened. And the U.S. economy has been hobbled by a stronger dollar, which makes U.S. goods costlier overseas and is depressing corporate profits.

“There’s no question that the economy is losing momentum,” said Mark Vitner, an economist at Wells Fargo. “The question is whether it is temporary … or is it something that will prove more lasting?”

As recently as early August, economists had sketched a bright picture for the rest of the year and, as a result, thought the Federal Reserve would be confident enough to raise interest rates from record lows in September. The Fed chose not to. And many economists and investors have pushed back their forecast for a Fed rate hike into next year.

The U-turn in sentiment happened fast. It occurred soon after China made a clumsy attempt last summer to prop up its stock prices and then devalued its currency. Financial markets plunged on fears that China’s once-sizzling growth was shakier than anyone had thought and would slow economies elsewhere.

This week, China said its economy’s growth slid to 6.9 percent in the July-September quarter from a year earlier, the slowest pace in more than six years.

As China’s appetite for oil, copper, iron ore and other commodities has fallen, so have prices for those goods. One consequence is that U.S. energy companies, squeezed by lower oil prices, are buying fewer factory goods. At Ahaus Tool & Engineering in Richmond, Indiana, orders for components it sells to drilling equipment makers have dropped.

Gas drillers “are cutting their costs, which means they’re slowing down on buying new components,” said Kevin Ahaus, the company president. “We’re not seeing much business there.”

U.S. factories cut production for a second straight month in September. Manufacturers are being hurt by a declining appetite for their goods overseas and by cheaper foreign-made products. U.S. exports are down this year compared with 2014, the first year-over-year decline since the Great Recession officially ended in 2009.

“We haven’t seen near as much interest overseas as there had been the past couple of years,” said Terry Babb, president of Apex Tool & Manufacturing in Evansville, Indiana.

Falling demand for U.S. goods hurts even companies that don’t themselves export products. CSX Corp., for example, said its revenue from transporting coal fell 19 percent in the third quarter from a year earlier in part because of reduced coal exports.

The higher-valued dollar is squeezing U.S. corporations’ sales in another way, too: Their revenue in foreign currencies is worth less once it’s converted back to dollars. Wal-Mart, for example, says it expects flat sales this year, partly because of such currency effects. Johnson & Johnson and Monsanto have also said currency exchange rates are depressing revenue.

At the same time, U.S. consumers appear to be pulling back. Sales at retail stores and restaurants dipped in September after a flat reading in August. Though Americans are snapping up cars at a solid pace, retail sales excluding autos have fallen for two months.

Many companies have been stuck with warehouses full of unsold goods, which were built up on optimistic expectations for demand. Now, the excess supply has led businesses to reduce new orders. The paring of inventories could slash economic growth in the July-September quarter by up to 2 percentage points, according to the Federal Reserve Bank of Atlanta.

Many economists note, though, that while growth is slowing, it isn’t stopping. Few foresee anything near a recession. In recent weeks, consumer confidence has rebounded as gas prices have fallen and stocks have regained some of their losses.

Growth is expected to slow to a meager annual rate of about 1.25 percent in the July-September quarter. But analysts expect a modest rebound in the October-December quarter to about 2.5 percent annual growth.

“While this has not been the year that we were hoping for, whispers of a looming recession are misplaced,” Michelle Meyer, an economist at Bank of America Merrill Lynch, wrote to clients.

The faltering economy has nevertheless complicated the Fed’s deliberations and caused sharp divisions in policymakers’ public comments. Weak inflation far below the Fed’s 2 percent target has compounded their challenges.

Dennis Lockhart, head of the Federal Reserve Bank of Atlanta, said in early August that he expected “somewhat stronger growth” in the second half of 2015.

But Lockhart took a much more cautious tone in remarks Oct. 9

“Very recent data have not provided much confirmation that my narrative still holds,” he said. “I perceive a touch more downside risk today than I saw some weeks ago.”