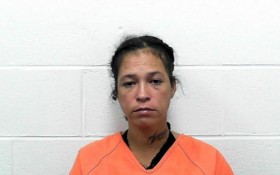 Police say a woman accused of drunken driving and hitting six vehicles initially identified herself to an officer as “Hell on Wheels.”

The Exponent Telegram reports 38-year-old Amanda Dolores Alleman of Clarksburg was arrested Friday on numerous charges. Among them are aggravated driving while under the influence, striking an unattended vehicle and having no insurance.

Police say Alleman had a blood-alcohol content of 0.20 percent when she struck six parked vehicles on two different streets.

Alleman was being held at the North Central Regional Jail on $14,000 bond. The jail said they don’t have a record of having an attorney yet.