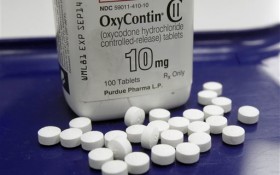 Police are asking seniors and other adults to be sure to lock up their prescriptions, and dispose of unused painkiller properly. Drug overdoses rose again last year, driven by surges in deaths from heroin and powerful prescription painkillers, according to new federal statistics.

Many of the deaths were due to a group of powerful opioid painkillers, long the leading cause of fatal overdoses. But the number had been stable recently while heroin deaths grew. Experts have speculated that addicts migrated from painkillers to cheaper and easier-to-get heroin.

But last year, the opioid toll rose to nearly 19,000 deaths, an increase of 16 percent.

The new government statistics also indicate upticks in deaths from sedatives and cocaine, but those numbers are less than the deaths from the opioids and heroin.

The Centers for Disease Control and Prevention this week posted the tally, which is based on death certificates.

The federal agency is analyzing the drug numbers to determine what’s behind last year’s increases, said CDC Director Dr. Tom Frieden. But clearly, he added, the nation’s drug overdose problem “is not getting better.”

Opioid pain relievers, including methadone, OxyContin and Vicodin, have been the focus of a government campaign. The CDC has urged doctors to limit their use to the most serious forms of pain, such as cancer patients and end-of-life care. But the vast majority of prescriptions written in the U.S. are for more common ailments like arthritis and back pain.

The CDC is working on new guidelines for doctors for prescribing such drugs.

CDC officials believe at least some of the increase in painkiller deaths last year may be due to illegally-made fentanyl, which is a synthetic form of morphine. Fentanyl may also be contributing to the heroin numbers, in cases in which heroin is laced with fentanyl, Frieden added.