Don't be fooled, this Tweet was faked - The Horn News 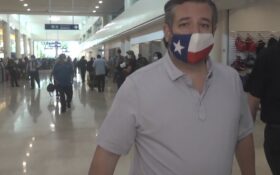 There is a fake tweet that attributes climate change comment to Sen. Ted Cruz making its way around social media.

Here’s what you need to know so you’re not fooled.

THE FACTS: The tweet is fabricated. It cannot be found on Cruz’s verified Twitter account, nor is it on websites that track deleted tweets by public officials.

The phony tweet spread on social media this week following an uproar over a trip the Republican senator took to Cancun, Mexico, while Texans grappled with a deadly winter storm.

The crisis was held up by Cruz’ critics as evidence that as climate change worsens, and that government officials need to do more to prepare for more extreme weather.

Thousands of Facebook and Twitter users re-posted the false tweet, noting that perhaps Cruz changed his stance on climate change after experiencing the abnormal subfreezing temperatures in Texas. “And the Green New Deal just got another supporter,” a Twitter user who shared the fake tweet wrote on Friday.

In addition to the tweet not appearing on Cruz’s official Twitter account, it also does not appear on the digital archive Wayback Machine, nor can it be found on ProPublica’s Politwoops dataset listing tweets deleted by Cruz.

His office had not responded to a request for comment. Cruz came under intense criticism for fleeing Texas amid dire conditions. He returned home a day after arriving in Mexico, calling the trip a “mistake.”