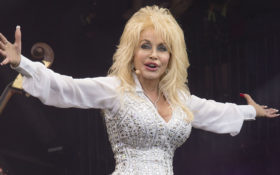 A mother of two is reportedly suing the theme park after she claims to have suffered a spinal injury from Dollywood’s only water coaster.

A husband and wife are claiming they followed all of the rules of the water coaster before boarding, but when their raft reached the height of its incline they claim something terrible went wrong.

TMZ reports that the couple took their two daughters to Dollywood in Pigeon Forge, Tennessee on a family fun outing and decided to ride the RiverRush Water Coaster at Dollywood Splash Country.

Dollywood’s website claims the water coaster is “Tennessee’s first and only water coaster,” explaining that it “races through the trees four stories in the air as you experience four drops along 1,175 feet of track.”

TMZ reports that court documents explain that the couple filed all the correct procedures while boarding the ride, but when the attraction hit its ascent, the wife “propelled off the seat and she then fell down into the raft striking her spine on the hard surface.”

The wife claimed that she heard something pop in her back and then felt a burning sensation. She apparently was unable to move or feel her legs at the end of the water ride.

According to TMZ, “The couple is suing Dollywood for more than $2 million for negligence and failure to properly warn of the dangers of the ride.”

This is not the first instance of Dollywood being sued for injuries received on a ride. In 2014, a couple sued claiming that the wife suffered a permanent brain injury after falling off a ride.

Dollywood responded to the suit claiming that the woman jumped off the ride prior to its ending, and the parties then agreed to mediation.

In a written reply to Dollywood’s current lawsuit, the theme park stated, “We are aware of the allegations listed in the suit but do not comment on pending litigation.”