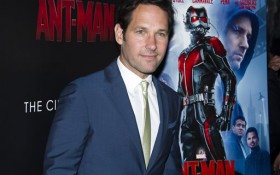 Their heroes may be small, but their profits are easy to spot. Marvel and Disney have announced that “Ant-Man and the Wasp,” a sequel to this summer’s “Ant-Man,” will be released on July 6, 2018, the studio announced Thursday.

In addition, Disney and Pixar have set a June 2019 release date for ‘The Incredibles 2,” 15 years after the release of Brad Bird’s beloved original film.

Disney, which crossed the $4 billion box office mark for 2015 this week, set dates and a few titles involving 19 films through 2020 in a gigantic announcement that included four live-action fairy tales.

“We are set to deliver some fantastic movies well into the future,” said Dave Hollis, Disney’s Executive Vice President for Theatrical Distribution.

The “Ant-Man” sequel will mark the first time a Marvel movie will include the name of a female character in a title after the studio was criticized over the issue.

The next will be “Captain Marvel,” which has been pushed back to March of 2019.

The announcement did not specify whether she or Paul Rudd, who played Ant-Man, would be reprising their roles for the sequel, but most actors in Marvel films are signed for multi-year, multi-film contracts.

Walt Disney Animation Studios and John Lasseter, CEO of Pixar, said in August at the D23 fan convention, that the film will be a love story between Woody and Bo Peep, who have been voiced in previous films by Tom Hanks and Annie Potts.