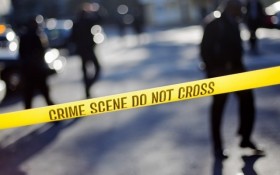 Three elderly brothers have been arrested in Seattle after a family member reported to police that the men’s home was allegedly riddled with images of child-sex abuse with police still investigating them.

Police say the family member was cleaning the men’s North Seattle home and discovered what she believed to be materials depicting the sexual abuse of a child.

Charging papers say authorities including members of the FBI’s internet Crimes Against Children Task Force searched the home, finding evidence prosecutors say that each of the men spent the majority of their lives sexually abusing children and exploiting children depicted in child pornography.

They also discovered a hand-written manifesto detailing ‘ritualistic and satanic sacrifices’ of young girls, describing how girls should always wear penny loafers before their murders.

There is now speculation that the three men could be involved in the unsolved case of a missing 10-year-old girl, Lindsey Baum.

Gray’s County Under Sheriff David Pimentel told The Daily Mail, “Because of the proximity of the property to where the young girl went missing we are looking to see if there is any possibility of the Emery brothers’ involvement.”

A missing persons flyer for Baum was also found inside the brothers home.

The family member who reported the men was their niece, who was awarded legal guardianship over Charles Emery, who is suffering from dementia.

She was trying to get his property in order when she made the horrific discovery. She had told police that at least two of the brothers had molested her and her mother.