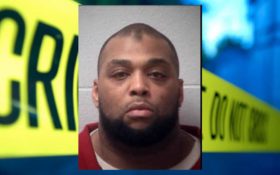 A Georgia man who pleaded guilty to raping and impregnating a 12-year-old relative will serve 25 years in prison.

The Atlanta Journal-Constitution reports 38-year-old Michael Arnold on Tuesday took a plea agreement that requires him to serve every day of that sentence and then spend the rest of his life on probation.

Upon release, Arnold must register as a sex offender and have no contact with the victim.