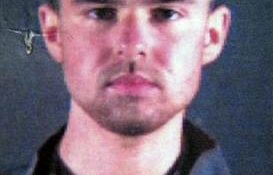 One of the most infamous traitors captured in Afghanistan just months after the 9/11 attacks – detainee 001 – is being set free.

And he’s being released right here in the United States.

John Walker Lindh, aka the “American Taliban” who betrayed his own country to fight with the enemy, is set for early parole for good behavior, 17 years into his 20-year prison sentence.

Lindh pled guilty to aiding the Taliban and carrying explosives as part of a plea deal.

But critics say his crimes are far worse – implicating him for failing to warn his U.S. captors of what would turn out to be a deadly uprising at an Afghan prison.

And rather than repenting, Lindh is reportedly still dedicated to jihad.

Lindh converted to Islam as a teen, then moved to Yemen, Pakistan and Afghanistan – all hotbeds of extremist beliefs and terror.

He joined up with the Taliban in Afghanistan, and allegedly met with 9/11 mastermind and al Qaeda leader Osama bin Laden at some point before being captured in Nov. 2001 at the age of 20.

CIA officer Mike Spann — a veteran of the Marines – questioned Lindh while he was held at the Qala-i-Jangi fortress in northern Afghanistan with other hardened Taliban and al Qaeda combatants.

Lindh infamously wouldn’t speak, and hours later the inmates launched an uprising at the fortress, killing Spann and several others in an attack that lasted for days.

“John Walker Lindh had the opportunity to tell Mike right there, ‘You’re an American, I’m an American … We’ve got weapons in this building and we’re going to overtake this fort,’” Spann’s mother, Gail Spann, told Stars & Stripes. “He chose not to because he was a Taliban. He’s a traitor to our country.”

“It’s no different than if he pulled the trigger,” he was quoted as saying.

Spann, then 32, left behind a wife and three young children, including an infant son.

On his sentencing in 2002, Lindh made a head-scratching statement in which he at once denounced terror yet embraced the violent ideology behind it.

“I condemn terrorism on every level — unequivocally,” he said. “My beliefs about jihad are those of mainstream Muslims around the world.”

What could he mean by that?

Critics believe he was signaling that he will continue in the fight to slaughter innocents in the name of radical Islam – and it’s not terrorism to him since, as a jihadi, it’s part of their ongoing war against the Christian west.

That was nearly two decades ago. Certainly, he could have changed in prison.

But reports indicate little has changed.

Foreign Policy magazine said Lindh “continued to advocate for global jihad and to write and translate violent extremist texts” in 2016, according to government documents.

In another instance in 2016, Lindh’s father told him attorney James Brosnahan might represent him if he condemned terror and renounced violence.

“I am not interested in renouncing my beliefs or issuing condemnations in order to please Brosnahan or anybody else,” Lindh told his father, Foreign Policy said, citing prison documents.

The magazine added that Lindh was also dropped by an attorney (it’s not clear who) for making “pro ISIS statements.”

What’s more, documents from the National Counterterrorism Center reveal that he somehow contacted an unnamed TV producer and said “he would continue to spread violent extremist Islam upon his release.”

Yet he’s being released anyway.

NBC News reports he will be released from the federal prison in Terre Haute, Indiana, on May 23, with conditions including no access to devices connected to the Internet without the permission of his parole officer.

Lindh will be under supervised release for three years, and no doubt will be watched closely and unable to leave the country without permission.

After that, however, he will be free to travel – something that will be made easier by the fact that he has obtained Irish citizenship thanks to an Irish grandmother.

That will also make him much more difficult to track… and if the warning in Foreign Policy is any indication, a whole lot easier for him to rejoin the radicals.