Deputy fired after leaking documents to media - The Horn News 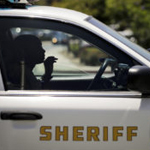 A Georgia sheriff has fired a deputy after the deputy changed his story and admitted leaking documents to a television reporter.

Richmond County Sheriff Richard Roundtree fired Marlon Campbell on Tuesday, saying he had conducted himself in ways unbecoming to being a deputy and violated his obligation to be truthful.

The Augusta TV station and Anderson declined to confirm that they had received information from Campbell.

A statement from the sheriff’s office said it would not have been required by law to release some of the materials under Georgia’s open records act.

“Information contained in reports and internal documents, if disseminated improperly, may impair our ability to successfully prosecute cases,” Sgt. William McCarthy wrote in the disciplinary report.

The sheriff’s internal affairs unit interviewed Campbell on Monday and he denied releasing any information, specifically denying that he had sent a screenshot of a warrant application. The sheriff’s office says a polygraph exam showed “deception at a high level” from Campbell. After the polygraph test, Campbell was re-interviewed and admitted to sending the screenshot. The sheriff’s office said a check of Campbell’s email showed that in June, he sent Anderson a spreadsheet of patrol car accident statistics and an incident report containing information about a juvenile that wasn’t redacted.