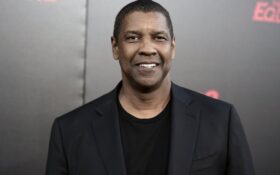 The killing of George Floyd at the hands of a Minnesota cop Derek Chauvin has caused protests and violent unrest across America.

But there have been stunning displays of unity around the country –– and Hollywood star Denzel Washington has become one of many examples of compassion.

The Oscar-winning actor went viral for helping a distressed homeless man surrender peacefully to the police.

You can watch the footage below, where Washington is defusing the situation between the man and officers as they detain the homeless man.

Denzel Washington saw a commotion in West Hollywood with cops and an unarmed distressed homeless man. He got out of his car and served as a barrier between the man and the police — helping to diffuse a tense situation. This man was arrested safely.????❤️ pic.twitter.com/4UyYdX1vT6

Los Angeles Police Department officers say that Washington had been driving along and saw the man in the street before authorities were called as he waited with the man to ensure his safety.

They also say Washington waited with authorities until they confirmed that the homeless man was not a threat to himself, nor to others.

In an interview that quickly circulated the internet, police say Washington even took his good willing a step further.

“Denzel provided him a mask to protect himself from the environment and that was good,” the police sergeant said in an interview. “So Denzel helped us today.”

A very “Good Samaritan,” the officer said of Washington.

You can watch the officer speaking on the incident below:

Want 2 know what really happened with #DenzelWashington and the #LAPD last week while he was being a #goodsamaritan ? Get the real story : this is how an encounter with the cops is supposed to end #turnyourclicksintocash pic.twitter.com/Vcy2ybq9tk