Your tax money funneled... where!? - The Horn News 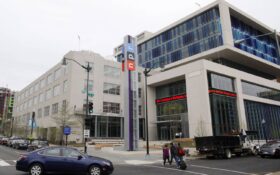 The Fake News media has lied, spun the news, twisted the facts, and villainized you for years. Now, as if the media doesn’t have enough contempt for you, it’s using your tax dollars to campaign for Democrats outright.

Congresswoman Elise Stefanik, R-N.Y., blew the lid off the disgusting arrangement at a public broadcasting station—public, meaning it is funded by money the IRS forcibly takes out of your paycheck every week.

“It’s illegal. (This public radio station) is funded by taxpayer dollars. A portion of their funding is through NPR. And taxpayer dollars should not go towards electioneering and supporting Democrats,” Stefanik told non-public media sources in New York state, which she represents in Congress.

North Country Public Radio’s former News and Public Affairs Director Martha Foley Smith retired from the station in 2019 and decided she was tired of covering politicians: She wanted to be one. So, she ran for town council in Canton, New York… as a Democrat, of course.

That’s when she decided to log into her old work email — because the radio station lets employees who retire access their old email addresses — and send a spam-like email blast to people who work at the college where the NPR station was housed, St. Lawrence University.

She told people to vote for her, and she named other Democrats on the ballot, and she even backed pro-Democrat ballot initiatives… and threw shade at red states interested in preserving ballot integrity.

She said voters had the chance to do “something truly big,” especially “if you’re concerned about what’s happening elsewhere in the nation—in some states—to restrict voting rights,” by voting in favor of a measure that would water down the state’s voting integrity and anti-fraud protections.

Martha Foley Smith lost her council race to Republican Bob Santamoor, but not before Stefanik heard about what was happening in her district—and lowered the boom.

“As a partially public-funded organization, we do not condone the use of the NCPR email domain for partisan political activity, and Martha has been told to cease the practice immediately,” he said.

He said NPR’s incredible sense of “ethics” doesn’t allow its reporters to get political.

Martha Foley Smith apologized but also basically said no harm, no foul. “My old email (this one) is maintained as a courtesy for retirees, to use it in this context was careless, and I see that the message has been taken down,” she told Breitbart News.

Stefanik is attacking the root of the problem: She’s asking Congress to totally defund NPR, because she says taxpayer’s hard-earned dollars shouldn’t be used to “prop up a left-leaning media organization.”

It’s never been clearer, once we take the majority in 2022, we must DEFUND NPR,” she said. “They can campaign for the Democrats on their own dime, not on the taxpayers’ dime.”

She also wants an audit of NCPR to see if their taxpayer-funded accounts, airwaves, or public accommodations have been used in the past to promote Democratic candidates for office.

How about a deeper probe: How long has NPR been spinning its news coverage to get Democrats elected? Why shouldn’t the Federal Election Commission consider NPR’s over the top fanboy coverage an in-kind contribution to the Democratic Party?

And why should any of us be forced to contribute to NPR, even when its candidates lose?