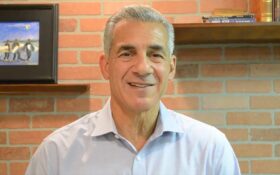 New Jersey held a governor’s election on Tuesday. The Democrats panicked over the close election… and the Democrats have just embarrassed themselves even further.

Murphy remains ahead by a measly two points… and the count was delayed in some precincts.

On election night, the Essex County clerk saw malfunctions in 56 different voting machines… all over the county.

County Clerk Christopher Durkin spoke to Bronx News 12 about the incident. He said the polling places accidentally closed the voting machines without counting the votes first.

“They are mostly in Newark, in East Orange, Irvington, Maplewood, Montclair, the majority of those 56 districts,” Durkin said. All those cities lean heavily Democrat.

Durkin maintains that these bureaucratic errors happen all the time. However, some Democrats still feel embarrassed by the sheer number of malfunctioning machines in a heavily Democratic county… during such a close race.

However, Durkin assured his constituents that the state would count the votes eventually.

Those machines have to be brought back to the warehouse. A judge will issue an order for us to open those machines, retrieve the results and post those results,” Durkin told Bronx News 12.

“We need to compile a list of the results that are missing then need to schedule a hearing in front of a judge and then the judge issued the order and then we’re able to go and retrieve those results.”

It may take more than a week to schedule the hearing, and some voters are growing impatient.

For example, Ciattarelli has refused to concede the race so far. He has taken issue with the media’s decision to call the election already, and he wants the state to finish counting the votes.

“The governor’s victory speech last night was premature. No one should be declaring victory or conceding the election until every legal vote is counted,” he said in a video on Thursday. “That could take another week or two.”

He went on, “Currently Gov. Murphy and I are separated by about one percent after 2.4 million ballots have been counted. There are still tens of thousands of vote-by-mail and provisional ballots yet to be counted.”

Ciattarelli plans to leave open the possibility for an audit or a recount “if necessary.”

However, Ciattarelli has refrained from accusing anyone of election fraud.

“I don’t want people falling victim to wild conspiracy theories or online rumors,” he said. “You can report any perceived or real irregularity to the voter integrity hotline set up by the NJGOP.”

Last year, New Jersey dealt with a fraud scandal during an election for Paterson City Council. Two councilmembers were charged with election fraud by the state’s attorney general, a Democrat. They were later indicted by a grand jury. The case is still going on. Since the indictment, the state has started allowing in-person voting again.

Ciattarelli remains confident in the state’s ballot integrity… and in his chance to become governor.

“I promise you, whatever the outcome, the election result will be legal and fair,” he said. “You have my word.”

Time for another Jack Chat.