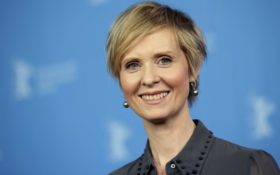 The gubernatorial campaign of actress and activist Cynthia Nixon learned a hard lesson about New York state geography when it misspelled the name of the city of Ithaca in an email to supporters.

The Democrat’s campaign repeatedly spelled the city “Ithica” in Friday’s email, which invited voters to an event with Nixon on Sunday in the upstate city.

A Cuomo campaign aide ridiculed the mistake, tweeting that while Nixon’s “Sex and the City” character may have never left Manhattan, someone auditioning for governor should be able to hire better writers.

A Nixon spokeswoman says the email was sent in error. She provided a photo of a campaign worker writing “Ithaca” correctly several dozen times on a dry erase board.