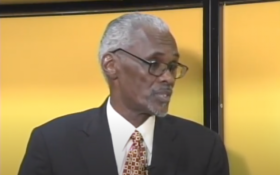 Democrats have hit an all time low.

According to reports, the party may be putting its faith in a former convict to run for Senate.

Washington Free Beacon reports that Jack Foster — who once served a three-year prison stint for extortion and bribery — is launching a bid to challenge Sen. John Boozman, R-Ark.

The former councilman and Vietnam veteran insists he knows “how to get things done.”

“I know politics and what it takes to help people,” he reportedly said in a campaign statement. “And that’s what it’s all about. We need people in Washington who want to help Arkansans.”

After all, Foster reportedly spent his time in prison after being convicted for extortion in the amount of $32,500 — money that was given in exchange for votes.

Foster claims that Cotton and others failed to vote for the most recent COVID-19 stimulus bill, and in doing so, failed Arkansas residents.

“Our people in Washington don’t care about Arkansans struggling and suffering,” Foster said. “They want you to continue to struggle and suffer.”

Foster’s entrance onto the ballot, however, believe it or not, is a sign of progress for Democrats. According to reports, in the last election cycle they failed to even run a Senate candidate after he pulled out of the race at the last minute against incumbent Sen. Cotton.

Local Arkansas state senator Trent Garner said that Foster’s entrance into the race is emblematic of the party’s fall from the grace since the Clinton-era, when the state was once a stronghold for southern Democrats.

‘The Democratic Party of Arkansas has moved so far to the extreme left, they have resorted to scraping the bottom of the barrel to get candidates,” he told Washington Free Beacon.

We’ll see if he decides to cash a check for votes this time around.