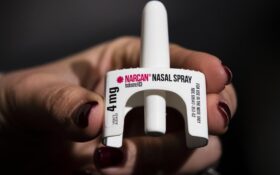 Delaware health officials announced Monday that they will soon include fentanyl test strips in Narcan kits distributed to the public.

The effort is aimed at preventing accidental overdoses due to fentanyl consumption, the Division of Public Health’s Office of Health Crisis Response said in a news release.

The test strips are highly sensitive and marijuana, cocaine, meth, ecstasy, and other substances can be tested for the presence of fentanyl, officials said. Most overdoses are unintentional, officials said and people may not realize how strong a drug is or that it contains fentanyl, which cannot be detected by sight, taste, smell or touch.