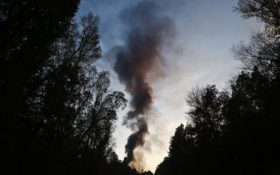 An explosion along the Colonial Pipeline in rural Alabama killed one worker and injured several others Monday not far from where the line burst and leaked thousands of gallons of gasoline last month, authorities said. 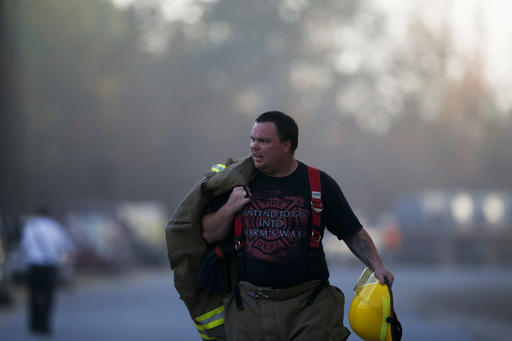 Colonial Pipeline Co. said in a statement late Monday that one worker was killed at the scene, and five others were taken to Birmingham-area hospitals for treatment.

The blast, which sent flames and thick black smoke soaring over the forest, happened about a mile west of where the pipeline ruptured in September, Gov. Robert Bentley said in a statement. That break led to gasoline shortages across the South.

“We’ll just hope and pray for the best,” Bentley said.

Georgia-based Colonial said in a brief statement that it had shut down its main pipeline in the area.

A track hoe — a machine used to remove dirt — struck the pipeline, Colonial Pipeline said in a more detailed update late Monday night. Gasoline was then ignited and caused the blaze, the company said. 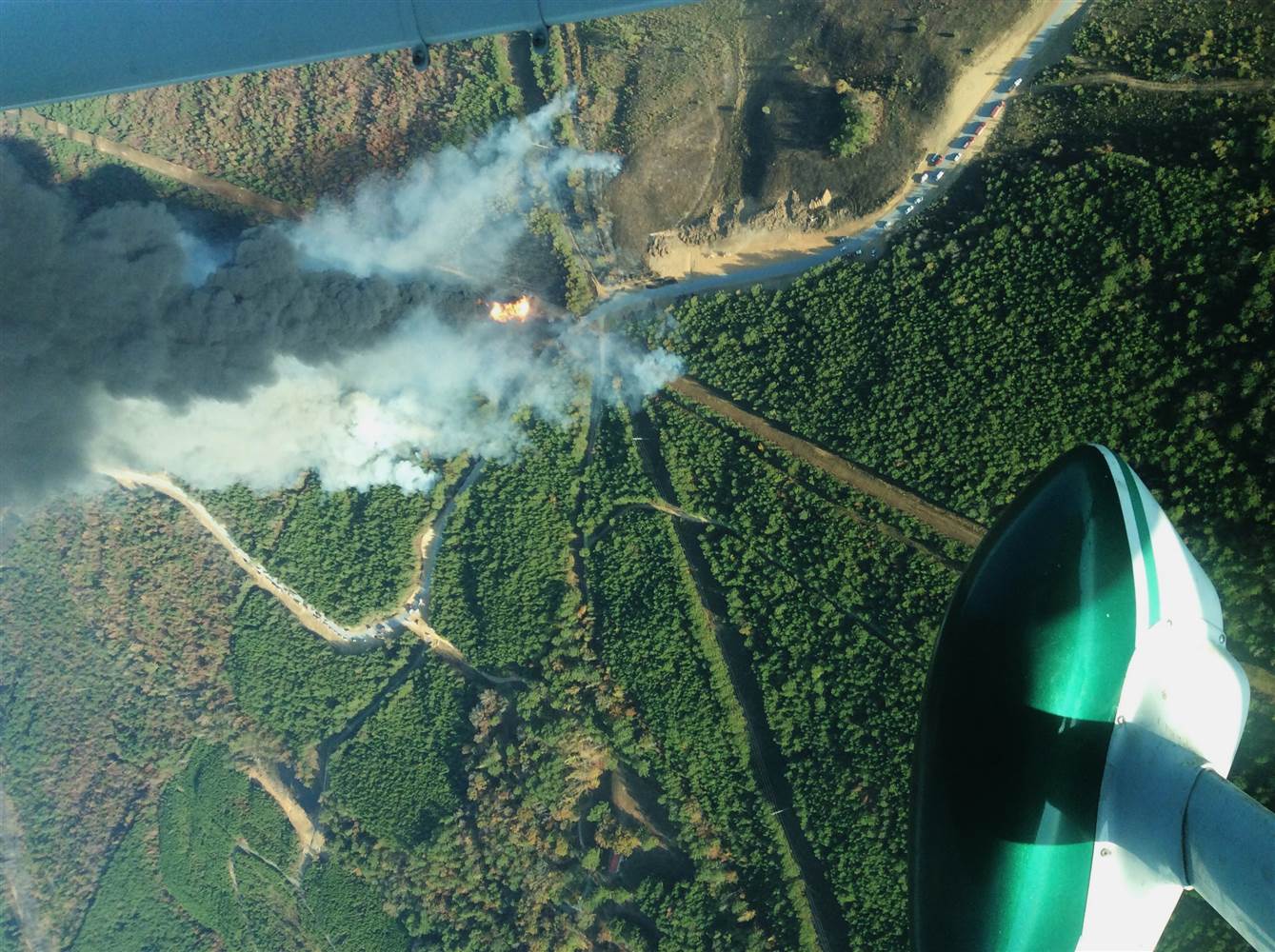 In September, the pipeline leaked 252,000 to 336,000 gallons of gasoline and led to dry fuel pumps and price spikes in several Southern states — for days, in some cases. There was no immediate indication whether Monday’s explosion near Helena southwest of Birmingham would lead to similar shortages.

Plagued by a severe drought after weeks without rain, the section of the state where the explosion happened has been scarred by multiple wildfires in recent weeks, and crews worked to keep the blaze from spreading across the landscape.

Coleen Vansant, a spokeswoman with the Alabama Forestry Commission, said crews built a 75-foot-long earthen dam to contain burning fuel, which will be allowed to burn itself out. The Shelby County Sheriff’s Office said in a statement Monday night that the blaze had been contained but it was unclear how long the fire may take to burn out.

Houses around the blast scene were evacuated, and Sheriff’s Office Capt. Jeff Hartley said it wasn’t clear when people might be able to return home. 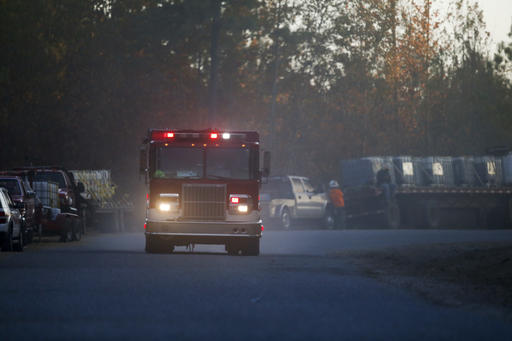 Firetrucks were still arriving on the scene hours after the explosion, and ambulances were parked along a highway nearby.

“We’ve got first responders entering the area, and a lot of them,” Hartley said.

Bentley said the explosion seems to have been an accident.

The injured workers were taken to Birmingham hospitals by helicopter and ambulance, the governor told WBRC-TV in a live interview. Their conditions weren’t immediately known.

Eight or nine subcontractors were working on the pipeline when it exploded about 3 p.m. Monday, Shelby County sheriff’s Maj. Ken Burchfield told Al.com.

“Colonial’s top priorities are the health and safety of the work crew on site and protection of the public,” the company said in a statement.

Colonial Pipeline, based in Alpharetta, Georgia, transports more than 100 million gallons of products daily to markets between Houston and New York City, serving more than 50 million people, it says on its website. Those include petroleum products such as gasoline, diesel fuel and jet fuel.