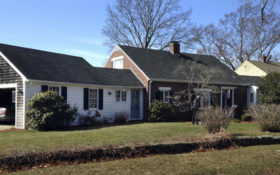 The Drug Enforcement Administration has acknowledged to a Tennessee family that agents erroneously raided their house.

News outlets report DEA agents and the Bradley County Sheriff’s Office served a federal search warrant at the wrong home Tuesday in a raid that’s now under review by the Tennessee Bureau of Investigation.

A DEA statement says authorities were looking for 27-year-old Monte Lamar Brewer Jr., a suspect in the 2017 death of a pregnant woman and a target in an ongoing heroin investigation. Instead, they raided Spencer Renck’s household.

The father-of-four says a team busted through the front door, threw flash bangs, knocked pictures off walls, damaged the ceiling and burned holes through clothes and carpet.

Sheriff’s office spokesman James Bradford wouldn’t say if the family would be compensated for the damage.