Crypto slump: Coinbase loses half its value in a week - The Horn News 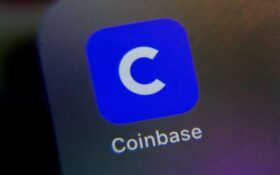 Cryptocurrency trading platform Coinbase has lost half its value in the past week, including its biggest one-day drop 5o date on Wednesday as the famously volatile crypto market weathers yet another slump.

Coinbase reported a $430 million net loss in the first quarter, or $1.98 per share, on declining sales and active users. Analysts were expecting profit of 8 cents per share. Revenue was down as trading volumes fell, and active monthly users declined 19% from the fourth quarter.

It’s unlikely those results surprised investors — shares of Coinbase Global Inc. declined 43% in the four days leading up to their earnings release Tuesday. On Wednesday, shares fell 26%, to $53.72 per share. On the day of its initial public offering just 13 months ago, prices hit $429 per share.

Patrick O’Shaughnessy, an analyst who covers Coinbase for Raymond James, acknowledged in a note to clients that there was an ongoing debate over whether the crypto market was in one of its typical funks or if this was the post-pandemic bubble deflating.

“While management strongly believes the former will prove to be true, we suspect there is more than a bit of truth to the latter, particularly with crypto failing to serve as an inflation hedge thus far in 2022,” O’Shaughnessy wrote.

Like much of Wall Street, O’Shaughnessy said his firm expects Coinbase to continue to lose money in the coming quarters, and that the “cons of increased crypto regulation down the road will decidedly outweigh the pros.”

Government officials have made it clear that regulation is coming. Treasury Secretary Janet Yellen said in April that more government oversight is needed in the fledgling industry and that over the next six months, Treasury would work with the White House and other agencies to develop reports and recommendations on digital currencies.

“Our regulatory frameworks should be designed to support responsible innovation while managing risks – especially those that could disrupt the financial system and economy,” Yellen said.

On Tuesday, Yellen testified to the Senate Banking Committee, warning legislators about stablecoins, which are digital currencies usually pegged to the dollar or a commodity such as gold. In theory, stablecoins are better-suited to commercial transactions than other cryptocurrencies that can fluctuate in value. Stablecoins essentially promise investors that they can be redeemed for a dollar. However, a recent run on the TerraUSD stablecoin dropped its value to as low as 30 cents, sowing doubt among investors about the safety of stablecoins. Terra recovered somewhat, to about 68 cents on Wednesday.

“The outstanding stock of stablecoins is growing at a very rapid rate and we really need a consistent federal framework,” Yellen told the committee, adding that legislation on stablecoins could be crafted by 2023.

President Joe Biden signed an executive order on digital assets in March that urged the Federal Reserve to explore whether the central bank should create its own digital currency. Biden’s order also directed federal agencies to study the impact of cryptocurrency on financial stability and national security.

In a letter to shareholders, Coinbase said it believed that current market conditions were not permanent and it remained focused on the long-term while prioritizing product development.