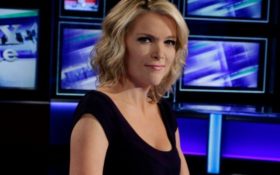 Following her 2016 summer fall-out with Fox News and conservative viewers, Megyn Kelly demanded a king’s ransom from NBC News for her services.

Six months and $20 million later, Kelly debuted her much anticipated news magazine show Saturday Night with Megyn Kelly on June 4th — and critics were not impressed.

Not impressed at all.

They weren’t alone. Critics have lined up to lambast Kelly’s show as “tepid” and unable to live up to the hype.

The Los Angeles Times was more direct, and wrote that Kelly was thoroughly “outmaneuvered” by the Russian dictator.

“For Putin, it was child’s play as he displayed an elusive and ultimately dismissive demeanor toward Kelly,” the Times’ Lorriane Ali wrote.

Breitbart news pointed out that Kelly eagerly embraced “4 Democratic conspiracy theories” on the program — but obtained little in the way of substance.

Even CNN jumped in, slamming Kelly’s transition by saying “if this first hour was any guide, it’s going to require more work and reinvention [from NBC News] to find the ideal formula for that Kelly cocktail.”

It’s clear that Kelly and her NBC overlords are likely scrambling to correct this expensive ship soon to make sure their huge investment pays off.

Perhaps they should’ve thought about that before alienating millions of conservative viewers?

Did you watch Megyn Kelly's debut?