Crime rises in California after penalties reduced - The Horn News 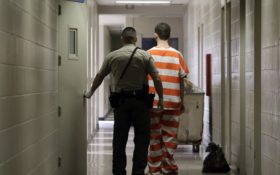 California voters’ decision to reduce penalties for drug and property crimes in 2014 contributed to a jump in car burglaries, shoplifting and other theft, researchers reported.

Larcenies increased about 9 percent by 2016, or about 135 more thefts per 100,000 residents than if tougher penalties had remained, according to results of a study by the nonpartisan Public Policy Institute of California released Tuesday.

Thefts from motor vehicles accounted for about three-quarters of the increase. San Francisco alone recorded more than 30,000 auto burglaries last year, which authorities largely blamed on gangs. Shoplifting may be leveling off, researchers found, but there is no sign of a decline in thefts from vehicles.

While researchers can link the measure to more theft, they found it did not lead to the state’s increase in violent crime.

Violent crime spiked by about 13 percent after Proposition 47 passed, but researchers said the trend started earlier and was mainly because of unrelated changes in crime reporting by the FBI and the Los Angeles Police Department.

The FBI broadened its definition of sexual crimes in 2014, while the LAPD improved its crime reporting after previously underreporting violent crimes. If it weren’t for those changes, researchers found California’s violent crime rate would have increased 4.7 percent from 2014 to 2016.

Researchers compared California’s crime trends to those in other states with historically similar trends. They found the increase in California’s violent crime rate was less than that of comparison states, but larcenies jumped in California as they declined elsewhere.

“This report shows we are making progress,” she said in a statement calling for less spending on prisons and more on programs to help reduce the cycle of crime.

Jail bookings in 12 sample counties dropped about 8 percent, driven by a reduction in bookings for Proposition 47 crimes, while cite and releases increased, researchers found.

Morgan Hill Police Chief David Swing, president of the California Police Chiefs Association, said researchers’ findings “are consistent with what police chiefs across the state have seen since 2014” and show the need for a proposed initiative intended for the November ballot that would partly roll back the 2014 law.

It would allow prison sentences for serial thieves, reinstate DNA collections from those convicted of the crimes where penalties were reduced, and bar the earlier release of criminals convicted of additional violent, serious and sexual crimes.