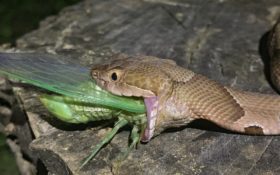 An amateur photographer has snapped some startling gone-in-a-gulp images of a venomous snake devouring an unlucky bug at Ozark National Forest in Arkansas.

Charlton McDaniel of Fort Smith says he was “fascinated and captivated” to see a copperhead eat a newly emerged cicada at dusk on July 17.

The 42-year-old McDaniel told The Associated Press that he was in the forest for some moonlight kayaking when he noticed a molting cicada.

McDaniel says the snake showed up, and he twice scared off the reptile. McDaniel says he went to his vehicle and when he returned the snake grabbed the insect.

McDaniel says the copperhead became aware of his presence, finished swallowing the cicada and slithered off.

You can view photos of the snake’s entire meal below: 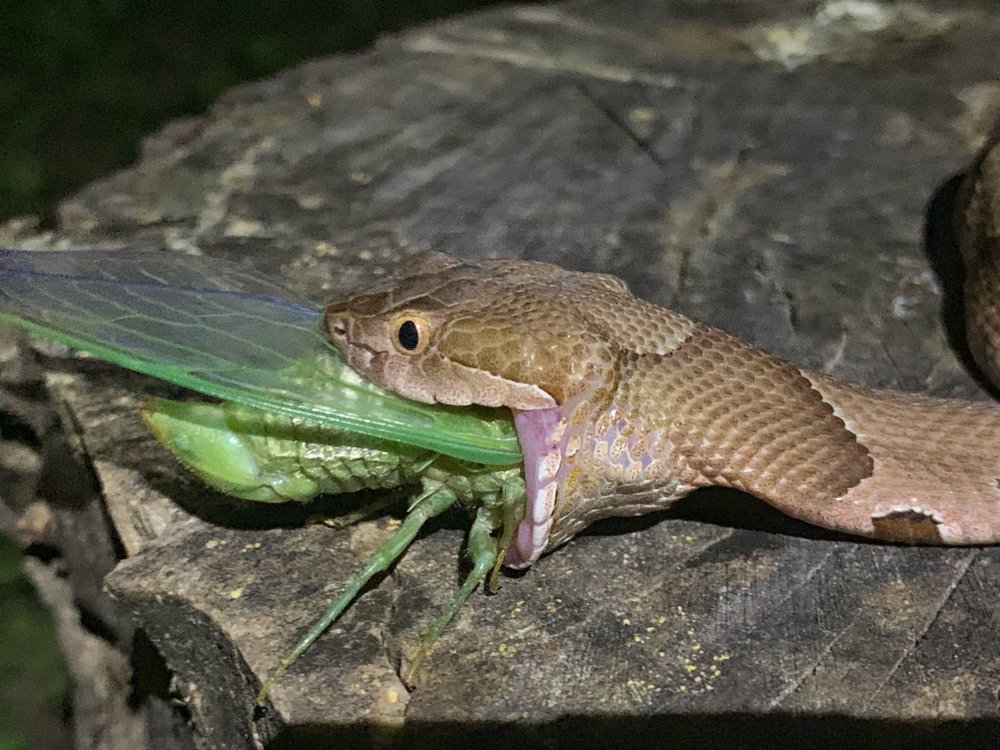 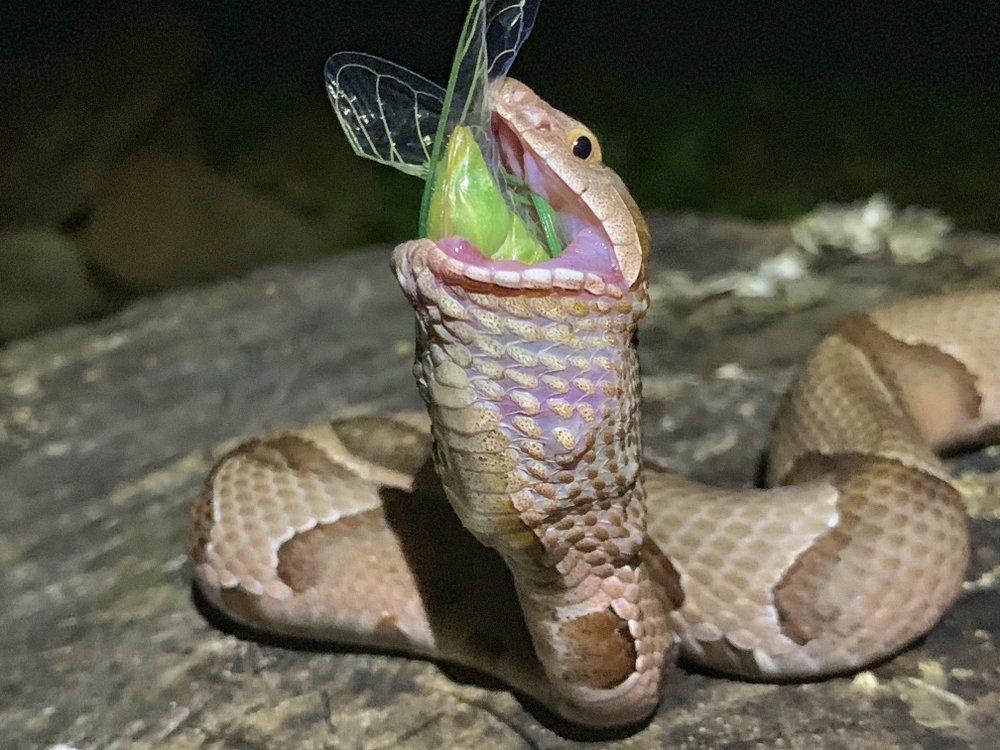 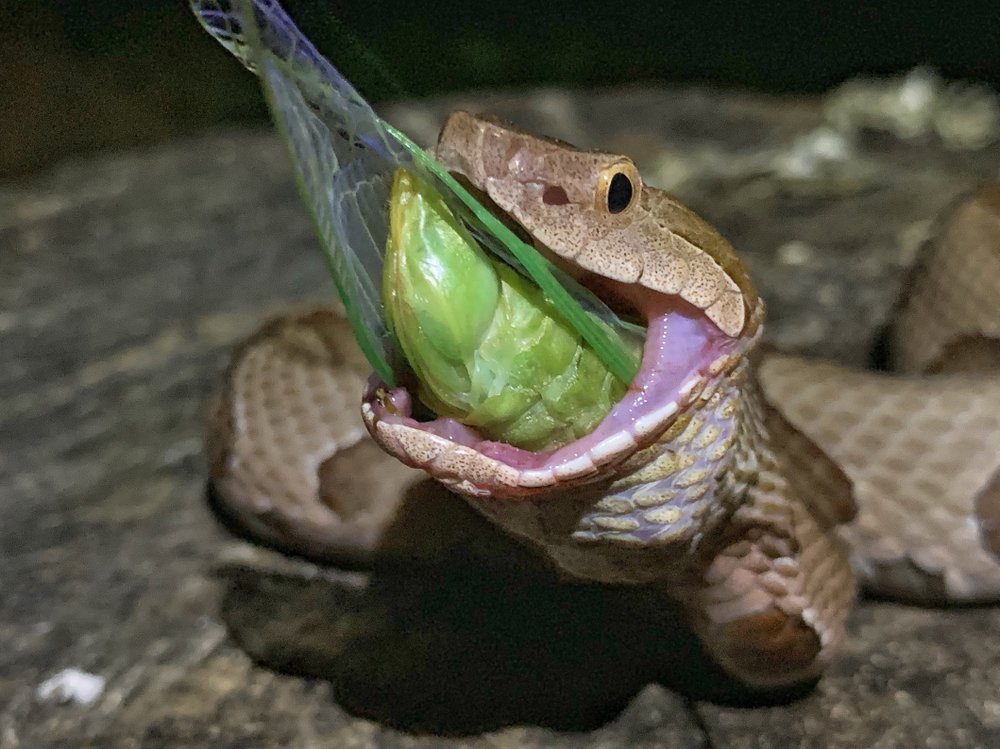